View source
watch 01:54
Arcane: League of Legends - The Loop
Do you like this video?
Play Sound

Douglas R. Wood, or simply known as Doug Wood, is an animator. He has been working in the gaming industry since 1994.[2]

Doug joined Valve in 1997 and has been working on the Half-Life series ever since. Before Valve, Doug worked at Apogee/3Drealms where he worked on Duke-Nukem 3D, Shadow Warrior, Prey (before everyone left), and the Plutonium/Atomic Edition for Duke. Before 3DRealms, he worked for Origin down in Austin. As far as we know, Doug is the only member of Valve who has ever been a Guardian Angel in New York City.[2]

He is responsible for many of Half-Life's scripted sequences, including tentacles that pull unsuspecting scientists through the ceiling,[3] and headcrabs that turn humans into zombies.[4] 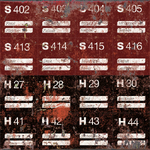