Half-Life Wiki
Register
Don't have an account?
Sign In
Advertisement
in: Articles to be Wikified, Half-Life: Alyx, Xen creatures,
and 5 more

Revivers, also known as Runners and mostly called Lightning Dog by Alyx Vance, are hostile creatures that inhabit the Quarantine Zone in City 17. They spit electrically charged liquid which can cause power failures in electrical equipment, which also deals minor damage to living creatures. Revivers can reanimate and control corpses, turning them into electrified zombies.

Revivers, are small creatures, akin to but slightly larger than a Headcrab. They have a triple-jawed maw at the front, four claw-like limbs (two either side of the body) and a single, long tail-like tentacle at the rear. Each pair of limbs are connected by a patagium, a thin sheet of tissue similar to that of flying squirrels and sugar gliders. The skin is reminiscent of sharks & other sea creatures, sporting bioluminescent spots on a translucent skin. Finally, a cluster of arthropodal ocelli are present at the end of the tail, allowing for rudimentary sight.

Whilst the Reviver appears superficially related to headcrabs by virtue of its general appearance, form and abilities, the asymmetric mouth, extended tail and unusual pigmentation point to a relatively distant genetic relationship when compared to other similar creatures.

Despite their diminutive size and skittish behavior, Revivers can withstand heavy physical punishment, often taking entire shotgun clips before succumbing to their wounds. When heavily wounded the Reviver will audibly whine and try to limp away from their assailant. When cornered they will fire a short burst of electricity into the local area, causing a blinding flash of light and a cloud of smoke; this smokescreen serves to distract and disorient their opponent, providing an opportunity to escape.

Revivers attack by spitting at their target, similar to the Bullsquid, Gonome and Gonarch. However, whilst these others utilize a corrosive fluid, Reviver's spit is highly conductive, allowing it to project an electrical charge to an opponent with a reasonably high degree of accuracy. This attack has the ability to temporarily stun an opponent and disable the indicators on the Gravity Gloves, however, it is limited by dealing minor damage to organic targets.

Revivers can crawl into the chest cavity of a deceased Headcrab Zombie; once inside the corpse they reanimate it under their control. These electrically-charged zombies can eject a highly conductive "string" to connect them to their target, allowing an electrical charge to quickly and efficiently incapacitate their foe. When the zombie form is damaged enough, the Reviver will abandon its host before desperately lunging at its attacker. This is when the Reviver is at its most vulnerable, so it will seek a new host as quickly as possible. It is unclear whether or not the creature regenerates health or is damaged by this process.

When killed, the Reviver drops an electric orb which can be used in place of Combine batteries.

Early Mechanisms and Interactions of the Revivers. 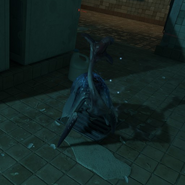 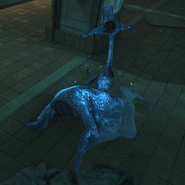 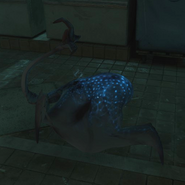 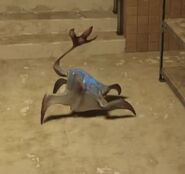 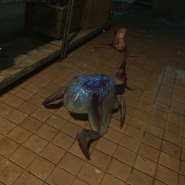 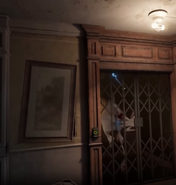 The first Reviver seen in the chapter The Northern Star.

A reanimated corpse being controlled by a lightning dog, as seen in the trailer. 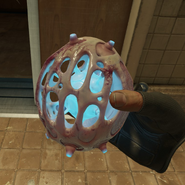