Half-Life Wiki
Register
Don't have an account?
Sign In
Advertisement
in: Articles for clean up, Non-canon articles, GoldSrc mods
English

View source
watch 02:59
Wiki Targeted (Games)
Do you like this video?
Play Sound

Sven Co-op, often abbreviated to as SC, is a multiplayer modification for Half-Life. It is still under active development and is currently at version 5, which is now a standalone game. It is one of the oldest Half-Life mods to be still in development.

This mod is a cooperative game, where players must work together against AI-controlled enemies and solve puzzles as a team. The majority of the maps are user-created with the exception of the original maps created by the Sven Co-op developers. Some of the most popular maps are "Crystal", "The Escape Series" and "Osprey."

Sven Co-op (as its name suggests) is a game that relies on cooperative effort. Examples of this are: a player crouching so the other player can use them as a boost to go into a vent to open a locked door from the other side so they can both continue; making the players work as a team to defeat an enemy or "bosses" (usually used as term to refer to a final enemy/enemies that are tougher or the toughest of the normal enemies); healing teammates to prevent their deaths; and even reviving a teammate when they have fallen in battle. The actual battles are full of action, and the hostiles range from Hazardous Environment Combat Unit grunts to Xen and Race X creatures.

Although some maps are included with sven co-op, a majority are made by the community. Maps come in, quite literally, all shapes and sizes. Some maps are very long or in a series (e.g. The escape series where the players are "used as lab rats," and decide to escape) or very short (e.g. sc_subway train where you and the team of players must get to the Osprey helicopter). The gameplay ranges from standard walkthrough maps, where you fight your way from point A to point B for little or no reason, to maps where several players fool around in an amusement park-like area. There are also tower defense maps, where players must survive an onslaught of enemies, and even "Maze" maps where players must navigate through huge, complicated mazes in first person or third person. 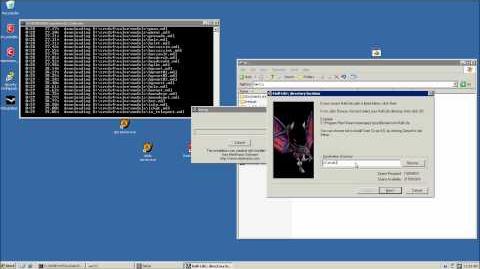