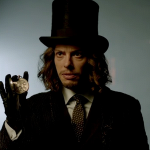 My name is Callum Freeman, and for the past 11 years I have played and enjoyed the HAlf-Life games. It all began back in 2001 when a friend of mine lended me his game, Half-Life, which came with Opposing Force. I was also given Blue Shift Back then I wasn't really a big gamer as I am now today, so it took me a while to get through Half-Life, before finally settling down with Opposing Force and Blue Shift. I then bought my own Half-Life games, which came in a set called Half-Life: Generaton, which included original Half-Life, the two expansion packs and Counter Strike. As time went on, I began to get heavily involved in the experiance, and loved the story. Around the time of 2003 when Half-Life 2 was first revealed at E3, I was really delighted, and can still remember the disappointment when it was delayed and when Valve got hacked. But a year later, it was finally released and it was a joy to play.

Overtime, I bought Half-Life 2: Episode One when it was released in 2006. I then bought the Orange Box back in 2007. I then began purchasing Garry's Mod after discovering the webcomic Concerned: The Half-Life and Death of Gordon Frohman, and made my own comics with it.

I enjoy the other Valve Games, such as Portal (and last years Portal 2) and Left 4 Dead 1 and 2. Still awaiting Half-Life 2: Episode Three (not alone there) and sure Valve won't disappoint.

Retrieved from "https://half-life.fandom.com/wiki/User:The_Friendly_Psychopath?oldid=305392"
Community content is available under CC-BY-SA unless otherwise noted.