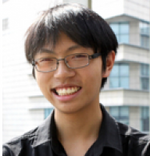 Glad to hear it!

Ok, i've made you an admin here. However, i won't make you a bureaucrat, this site doesn't have neough users for that. What i really need help with is the infobox templates, and other templates in general. Also, could you help fix up the Main Page? But really work on the character infoboxes, and other infoboxes. I need something like what they have on Halopedia.

Where do i go to edit the navigation and other tables that appear to the left, the links under the icon? I would like to fix that kind of thing up too. Also, how do i change the background from the standard white to something new? I've got some really good items to add into the site, i just don't know where to go.

Good. But i still need to know where to go to change the overall site style.

Yes, but as the Bureaucrat i need to learn how to sometime. I can't just make you do every little thing.

Sure, is Lethal ready?

I need to know how to edit those MediaWiki pages for the background and overall presentation, (mainly where are they). I also really need you to work on the templates, Geoffron(real-life friend) and I have been creating articles and uploading images like crazy! But i need the templates to back up the current pages. Quickly too. If you can't do it because of your new RP/Story thingy and your other wikis, please tell me. I seriously need this stuff done. If want to attract more new users, we need some kind of foundation.

I'm actually sitting in a class right now. Shouldn't even be on here. But that's another story. =D

Ohh. I didn't realize it was for all the enemies. However, i think there should be template for each kind of enemy. Grey for Combine, Tan/Sand colored for Antlions, Red-ish for Headcrabs, and maybe a Purple-ish color for the Xen creatures(Half-Life 1). What do you think of that? It shouldn't be to hard, it's just taking the same template and changing the colors around, if you argee, i'll start on it tonight. Although, i do think that would look nicer then all of them being that red color.

PS: Can you boost now? One more night and i'm a Major. Yay!

Lots of wikis have the "devoted" list, even Halopedia. Why can't we? But what ever.

In due time i'll promote him. He's a valued member, he will be given sysop eventually. Just not right now. We don't have enough real members to have three admins yet. Once more people come in and there's a need for more members, he'll be given admin. But at this point, there is no need for extra sysop.

You're never online (XBL) anymore. What happened? Lethal and i are gaining so many ranks and points you'd never believe. I'm almost Lt Col, and he's almost Elite! We haven't played in days! Also, you don't seem to be on wikis as often anymore, unless you're on Halopedia, if so, i'm not on there much anymore so i wouldn't know.

I need some Combine synth/vehicle infoboxes. Make them specifically Combine infoboxes. I'd do it myself, but you're better at it. Please, hurry though, we're finally getting new members.

Check on the Monobook.css file. (i think i spelled that correct) I made some updates, but they're not taking affect. I copied tha basic layout of Halopiedia's monobook for ours. So it should be fairly easy for you, i've just never worked with that coding before.

What i meant is we need a Combine vehicle infobox too.

I can't have you undoing everything that i do. That IP has vandalized several pages. It's the same person, but they're using different IPs, each one is about one number apart. I put him on a 2 week ban because that's the 3rd or 4th page he did that to. Before you even arrived i was cleaning up after that IP. What's going on, why won't you even answer my talk posts? Is something wrong? If so tell me.

So i did do it correct. It just wasn't refreshed?

You think we should create userboxes here? I'm already getting started on awards for users, and i thought the boxes might get some new people. The userboxes are your creation though, so it's up to you. I'll work on the official site awards.

Can you creat us a forum like on Halopedia and Halo Fanon? It might make it easier to communicate with our members about what needs to be improved, etc.

Ok. I've created us a basic version forum. Can you fix it up now?

Do you have any idea how to fix this? I'm thinking i might just copy Halopedia's forums letter by letter, then change them for our needs.

What do you mean you asked Jack? I contacted him today. Unless i missed something, Jack came on his own.

I saw you added some to the Halo Fanon site, how do you do that? Is it that temp you created there? Cause i saw that, but i wasn't sure what to do here. Anyways, i don't have any images for the search yet, but i thought i'd get started on it.

I got bored. So i upgraded my computer and bought some new games, like Half-Life (1), Counter Stike, GMod, etc. I'll be on later this weekend. Probably.

I saw what he said, it doesn't concern me. Honestly i wouldn't be that offended by it, but it's your call. Besides, we need members, secretive or not. Unless you can get a replacement member, I'm going to allow him to stay. What did you think was threatening about that?

Playing XBL now, be right there.

What is this? Because i don't agree with you once, you label me as heretic? WTF?

Sorry about the above, as i stated elsewhere, that was my cousin using my account.

...about the name change? I want something better then "Half-life Wiki". That's just boring, so i was thinking of the Combine OverWiki (or something similar)! A little play on words. I posted all my ideas in the forum. What do you think?

If you continue with this inactivity, and lack of communication, i'll be forced to ask a Staff member to remove you as an admin. You haven't even made 200 total edits within a month of coming here. I'm sorry RR, but as you've already told me over XBL, it not that big of a deal to you. Once again i'm sorry it has to come to this, but i need an admin that willing to put a lot of effort into this site, someone that's active. Without active leadership, how will we ever get active members? That's the issue i'm faced with, i'm currently struggling to get members, and i need an admin that can help me. If you fail to repsond within 3 days (it's May 15 now), i'll be forced to accept that as a resignation request from you. Sorry again. That is all.

TimeFrame: I don't mean to sound like i'm picking on you, but i'll give you until the 21st of May. If i don't see any real changes by then, i'm going to have you removed from power.

I'm changing the Wiki's name to the Combine OverWiki, the new namespaces are going to be called OverWiki. Please change everything back.

PS: As an example, the Halo Wiki is called Halopedia. The Half-Life Wiki will be clled the OverWiki.

Then how do i change the default namespace? And i really don't want the Beta anymore. I'm waiting for the real thing. :)

Please do put in a request. Thanks. Also, you're no longer in danger, as long you keep fairly active(but I know you've got a lot of other things to do). Just get on a few times a week and fix some things up, or create new templates, just keep getting stuff done. Little by little this site is getting better. Finally IPs are coming, we're getting new users, etc. Also, do you know of anyone that could help us recruit new members?

You joined Wikia when !

Your talk page says you joined Wikia in August 2007.

I've fixed your temp for you RR.

I'm not sure what this new background that's going up all over Wikia sites, but I've seen this style of Wiki on Halopedia and HaloFanon. Can you create that new menu system, with the index on the right and a menu at the top, with search in the upper right hand corner. I'd like the MediaWiki here up to date, just like the Halo WIkis.

Are you still around at all?

I'm trying to clean up the admin ranks. You're welcome to keep your bit if you'll be active, but I'm going to request inactive members have their bits removed, pending community support. EVula // talk // ☯ // 17:09, 20 February 2008 (UTC)

Retrieved from "https://half-life.fandom.com/wiki/User_talk:RelentlessRecusant?oldid=103231"
Community content is available under CC-BY-SA unless otherwise noted.