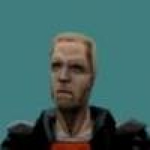 Thanks for all the beta and pre-release screenshots! This is definitely something that's lacking. Bramblepath 21:17, February 10, 2011 (UTC)

The images which contain the gun and HUD, are they taken by yourself or found from other sources? If they are from other sources could you link to them? If they're taken yourself, would it be possible to remove the weapon and HUD? Thanks. Bramblepath 21:18, February 11, 2011 (UTC)

You have no permission to use any image, or content from nextdimension.org, so please remove them as soon as possible. Thanks in advance.

Sorry, but you have no copyrights to those images. Valve has. Copyrighting already copyrighted images without asking original copyright holder is violating the law. 94.54.200.79, better add more pictures like those to wiki. SiPlus 07:12, February 19, 2011 (UTC)

All images are exhibited here under fair use. Please check your copyright law. :) The images are not going to be deleted. Bramblepath 09:55, February 19, 2011 (UTC)

Owner of nextdimension.org hasn't copyright to the frames from the video, because it contains only Valve's copyrighted materials. SiPlus 11:39, February 20, 2011 (UTC)

I am noob in Macromedia Director, couldn't you give us a projector file you open fullsize pictures with? Looks like pictures packed in ESTILLS.CXT are 640x480, and control bar just overlaps it. SiPlus 08:41, February 24, 2011 (UTC)

Why do you compress hi-res images so hard when uploading them to replace already seen low-images? Example: File:HECU scientist beatup.jpg. SiPlus 07:22, February 25, 2011 (UTC)

Please don't upload full magazine pages. This violates fair use and this is not fun or interesting to read. Crop the relevant screenshots separately and reupload them, and include the relevant text information within our text. Cheers. Klow 00:08, March 4, 2011 (UTC)

Please. OverWiki:Layout Guide#Real world people I even improved and updated the guide just for you. And I think the article is too long. Copy/pasting contents from other sources is not really what we do here (because anyone can do it, and that's not really interesting). We rather create original material where we include these facts. Klow 22:06, May 16, 2011 (UTC)

While you're at it, I've been thinking for a while that Aaron Barber deserved a page, as well as Randy Lundeen, for being very notable mappers. Klow 23:49, May 21, 2011 (UTC)

While you're at it, I don't know if you noticed in the RW template, some users are present but commented out. They include Randy Lundeen, Kim Swift, and Bill Van Buren. You might as well include Jeep Barnett and Realm Lovejoy, and some others, to be debated. What do you think? Klow 11:04, May 30, 2011 (UTC)

Please please please: OverWiki:Layout Guide#Real world people. Your RW articles are just one tiny step away from awesomeness! Just apply the layout guide and that's it! ;) Klow 00:21, May 31, 2011 (UTC)

Please, when you create a new dev article, link them to the in-universe thing they did in the article infobox, at the "designer" field, with a source. The common reader will never read these dev articles if they are not linked to any in-universe article. Laur and Brett are good examples. We can put their names in many articles based on their websites. Klow 09:28, June 21, 2011 (UTC)

Also please ask me to have Dog replace the MobyGame links, that really clogs up the recent changes, and slows me down in my article checking. Dog is listed as bot, he'll typically doesn't appear in the recent changes. Good work overall, though! Are you even reading this? Klow 09:10, June 27, 2011 (UTC)

I chose "he/she" in the locker names because even if we always clearly know the genders of the Valve developers nodded to, we don't have any clue of the character's genders; that's just another assumption on our part. But since we'll never know and that doesn't really matter, that'll do. But we don't need a proof to know that "Louise Donaldson" is a woman, it's obvious. It's just that for the scientist owning the locker, it's not. Klow 09:32, June 30, 2011 (UTC)

Would you ever consider coming back here and editing? I'd appreciate if you gave me a response, thank you. ΚλΤλΝλGØDΤλłκ 03:20, July 17, 2012 (UTC)

Retrieved from "https://half-life.fandom.com/wiki/User_talk:TuningBEB2008?oldid=264452"
Community content is available under CC-BY-SA unless otherwise noted.